Dominic Kay QC, Simon Antrobus QC , Malcolm Galloway and Mark Balysz from Crown Office Chambers provide an insight into the legal arguments and strategy that led to the dismissal of the 8 manslaughter charges in this case, together with the eventual collapse of the trial of two of the company’s “managers”.

They will chart the way in which one of the largest health and safety trials of the last few years, taking place at a Nightingale Court for 3 months in Chester, came to such an intense conclusion, following a successful submission of no case to answer and then (within a week) a successful defence of that ruling before the Court of Appeal: R. v. Wood Treatment Ltd & George Boden [2021] EWCA Crim 618.

The talk will focus on the catalyst for this surprising conclusion, namely the issue of causation, examining the criminal law approach towards causation, principally concerning manslaughter but also with application to health and safety prosecutions more generally, and sentencing. The trial involved the company, its managing director and two managers, and this talk will also consider the complicated legal issues relating to the parasitic offences under s.37 HSWA 1974 for those with perceived managerial responsibility within the business. It was a trial that managed to encapsulate the broad spectrum of issues that arise in safety-related prosecutions, and the strategy of dealing with such matters in a multi-defendant case will be examined in conjunction with the legal issues.

Dominic is recognised as one of the country’s leading QCs in defending criminal regulatory proceedings. He was named Health & Safety Silk of the Year at the 2020 Bar Awards. Dominic has represented some of the UK’s largest and best-known companies across a wide variety of sectors including construction, retail, healthcare, transport, automotive and manufacturing. He has particular and extensive expertise in defending corporate and individual manslaughter prosecutions. In the Bosley Mill case, together with Harry Vann he represented the First Defendant, Wood Treatment Limited, which was charged with four counts of corporate manslaughter together with a breach of s.2 HSWA. 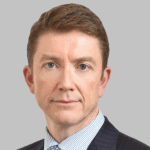 Simon has been one of the leading practitioners in the field of criminal health and safety law for the last 20 years. He has defended in the largest and highest profile cases, such as the Buncefield oil terminal explosion, the Alton Towers Smiler rollercoaster collision, the Pembroke oil refinery explosion, and the recent Hillsborough criminal trial. He represented the managing director of WTL, George Boden, who was facing 4 counts of manslaughter and one s.37 HSWA 1974 Act offence in the Bosley Mill trial, leading Sandesh Singh from chambers. 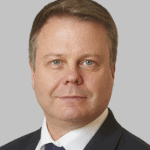 Malcolm is described by the directories as ‘a great jury advocate, who is very, very personable and extremely sharp’. A past nominee for the Chambers and Partners “Health and Safety Junior of the Year” award, he is regularly instructed in complex and high profile health and safety investigations including Gross Negligence Manslaughter, Corporate Manslaughter. He has represented numerous corporate clients including, DHL, the NEC Birmingham, South Wales Police, Mitchells and Butler and Flybe. In the Bosley Mill trial, together with Lucy Wright (Lincoln House Chambers), he represented the Mill Manager charged with breach of s.37 HSWA. 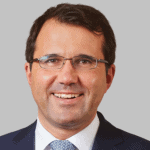 Mark Balysz is one of the country’s leading criminal regulatory advocates with an established record of successfully defending directors and companies, including the largest global organisations.  He was named Health and Safety Junior of the Year at the 2016 and 2020 Bar Awards.  Mark has recently secured acquittals for three directors charged with manslaughter (R v M; R v L; R v D) and in 2021/22 he is instructed, as leader, to defend two companies charged with corporate manslaughter and a director charged with gross negligence manslaughter.  In the Bosley Mill trial, together with Mike Atkins, he represented the Operations Executive Manager charged with breach of s.37 HSWA.

Dates for your diary:

23 September 2021 – Late Summer Party: seminar and social – the seminar will be offered both by Zoom and attending at Osborn Clarke’s offices at One London Wall, Barbican, London.

Bookings are closed for this event.