Gross negligence manslaughter in 2021: a study of R v MPM

Prashant Popat QC, Oliver Campbell QC and Christopher Adams, of Henderson Chambers, instructed by Richard Crockford, Susan Cha and Laura Bradford at Kennedys, acted for three defendants in a prosecution for gross negligence manslaughter arising from the death of an employee who fell from Eastbourne pier in 2014 during work to repair the pier.
The gross negligence charges against the human defendants were dismissed at the close of the prosecution case, following 6 weeks of trial in early 2021. The case gave rise to several points of general interest. 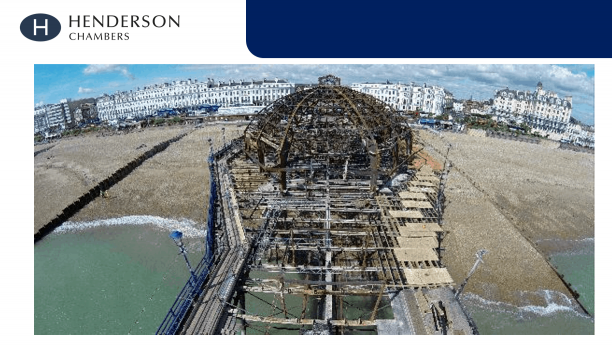