New Court of Appeal guidance on (i) assessing the likelihood of harm, (ii) considering the resources of linked organisations, and (iii) brevity of skeleton arguments

In R v Faltec [2019] EWCA (Crim) 520 the Court of Appeal (Criminal Division) gave important further guidance on the application of the Health and Safety Offences, Corporate Manslaughter, Food Safety and Hygiene Offences Definitive Guideline (“the Guideline”) and also on the conduct of appeals:

(i) the decision in R v Squibb Group Ltd [2019] EWCA Crim 227 applies to the assessment of likelihood of harm, so that scientific evidence will be relevant with the final characterisation of likelihood of harm being left to the sentencing Judge, to the criminal standard, with a wide margin of appreciation;

(ii) the resources of a linked organisation will only be taken into account in exceptional circumstances, where a failure to do so would be misleading; and,

(iii) in any appeal, skeleton arguments of 60 pages are deprecated. Attention is drawn to the limits prescribed by the Criminal Practice Direction, namely; no more than 15 pages long, in font size 12 with 1.5 spacing.

“On the issue of harm however, while it was common ground that the seriousness of the harm risked was at Level A, there does not appear to us to have been any proper basis for the judge’s conclusion that there was a medium likelihood of such harm arising. The likelihood or otherwise that exposure to asbestos at a particular level for a particular period of time will ultimately cause a fatal disease is not something which is rationally capable of being assessed simply on the basis of supposition, impression or imagination. It is a scientific question which should be answered, if possible, with the assistance of scientific evidence.” 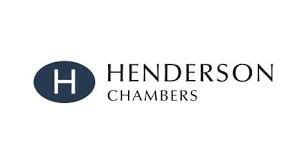